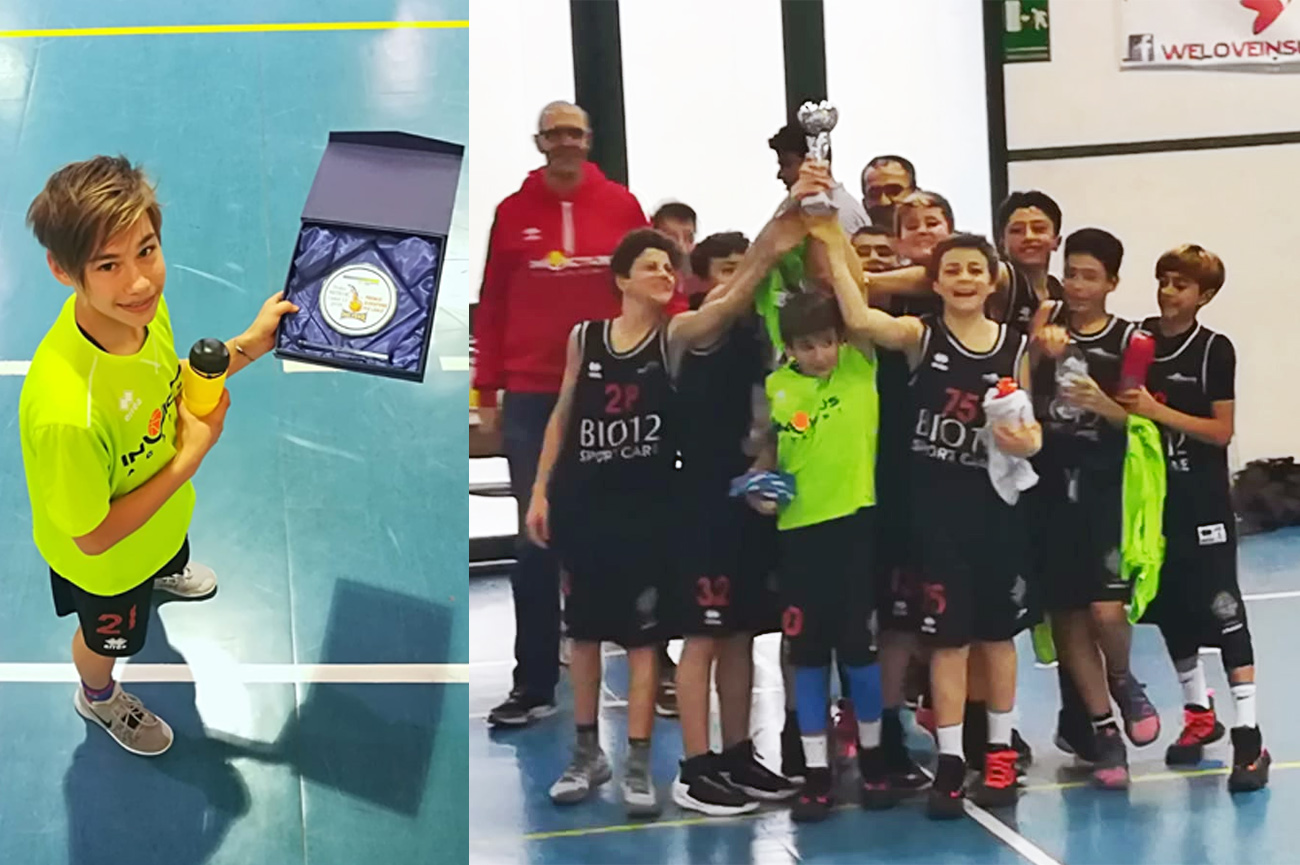 Before and after the Liguria, the turning step. reinforced, in that growth process, however, already started, the Under 13 Elite They returned by strong board not only the 6th place finish (very tight, for what they have shown on the pitch), but above all a game really became a team, focusing on defense, and then make their own "under size" an advantage to be exploited in the counterattack, as well as defense lined, is the ball now moves to the protagonist, opening of the space.

So, season playing above all expectations, enough to scare the competition, then resized by losses and absences due to injury (we put them in that order, excuse for not trying), as well as the logistical difficulties, He could have a positive or negative result. The "effrontery" typical of this age has brought the boys not to surrender, rather.

They closed the First Phase of the FIP Championship 4th place, beating in the final rush Vis 2008 Ferrara and Route64Basketball. Proving, mostly, to be able to cope with very limited rotations playing the last three games better, at home against Virtus and Stars and especially outside the Pontevecchio, where twice the "Oranges" They have taken the shot from underneath the victory at the end of normal time, for only then surrender overtime.

The Second Phase, finally he saw back to lengthen the rotations, and as a logical consequence the level of the game has grown. obviously, the opponents were stronger ones, so you have arrived four defeats in a row with Diablos Sant'Agata, Junior Ca 'Ossi Forlì and Basketball San Giorgio (the latter, the players to beat, unjustifiably wrong the first leg but very close going to overturn the result of return).

Then, the Round of Playoffs, and it was an achievement not to be underestimated, rather. Why, behind, teams have been left out of tradition and ambition. Discounted closed prediction with BSL San Lazzaro, capable of inflicting a sidereal detachment in Race 1. Then, the journey in Liguria. E, on the day after returning, with physical listlessness, race 2 played with Rodriguez, with the desire to show the same face that had torn applause and congratulations by the Ligurian Sea. So, it is yes output a defeat, but that counts as a win.

In the wake of the long Liguria, then came the Tournament Meteor Renazzo, this weekend. Without more grafts "foreigners" of Vuk Scepanovic e Lexi Callueng (that, Incidentally, will not be only one, because we are setting a collaboration for much closer and international), as well as without Andrea Sormani we plan to re-engage as soon as possible, and this time with the excellent reinforcement Simone Ferrari, 2006 Basketball from the St. George and, as in Liguria, with Giovanni Setti as Chief Coach, always with direct line with Marco Pappalardo e Francesco Del Santo, whose contribution has been crucial in Lavagna.

So, in the two-day wet from Rain swing and by the incessant wind, the sun has taken him from Renazzo and Corporeno its formation INVICTUS Academy, griffata BIO12 athletes, who dominated the first game with Flying Ball for Ozzano 81-39, lost the Pontevecchio after putting in first-half (28-32, before 82-57 ending that does not do justice to what was expressed in the field, among other deserving the praise of parents opponents for the improvements made), and finally largely won the final for 2nd-3rd place against Happy Basketball Castelmaggiore for 61-86, with max Frasca awarded as More Loyal Player tournament.

A beautiful recognition Max, convividere by the whole team, which he has shown tremendous growth in all its key players, who put into practice the concepts they are working for a year (defense, rebounds, counterattack, open spacings, move the ball and attack the basket, going to iron or taking shots from outside in rhythm). They did it all, team. It brought home what, currently, It is the highest result achieved by the Company in a tournament.

Tagged under: INVICTUS Academy, Under 13 Elite