THE U15 SILVER FLY IN FINAL! 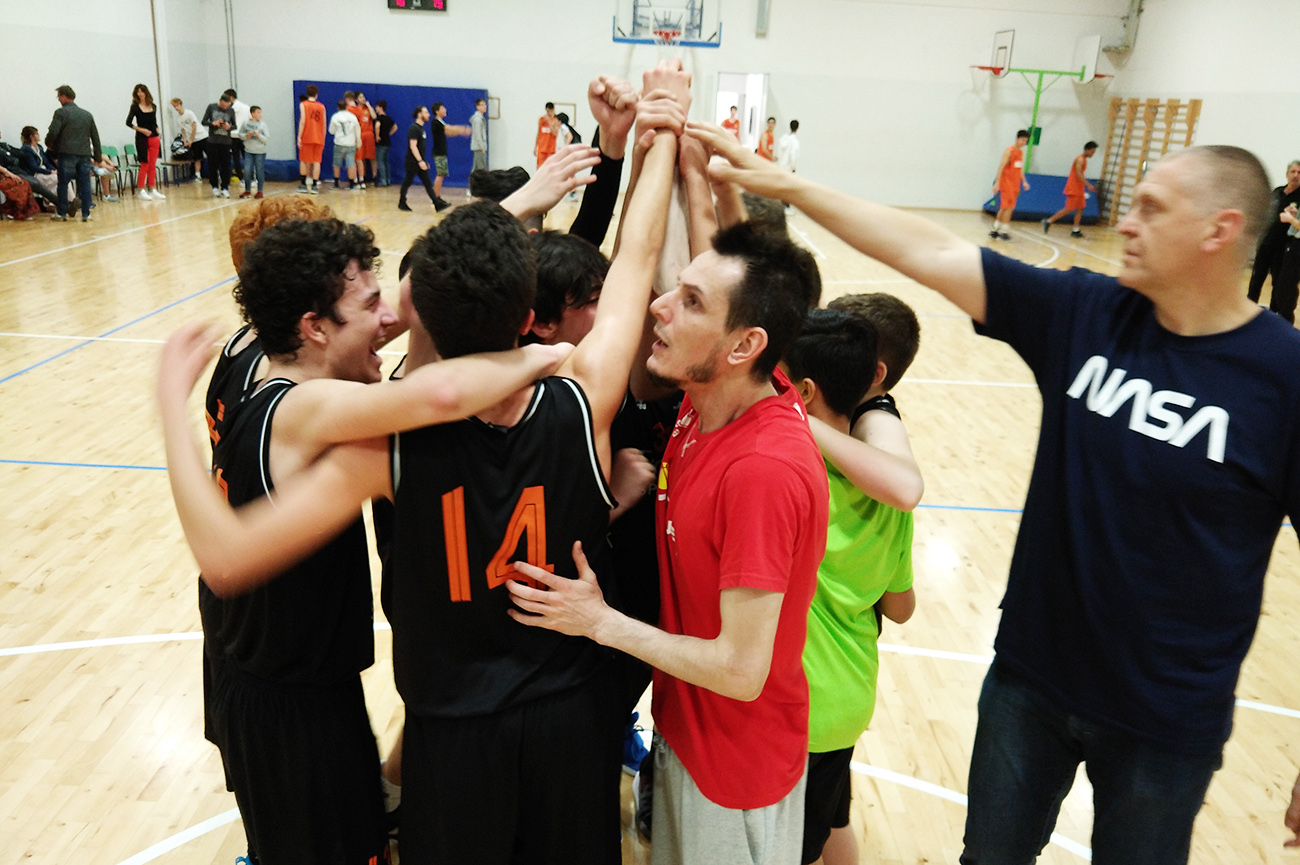 THE U15 SILVER FLY IN FINAL!

Friday 31 May 2019. Five days after Race 1 Semifinals Playoffs, who had seen the first half of our firm Under 15 Silver, capable of inflicting the only defeat of the season at Correggio Basketball, by remounting -18 Start the third quarter to go and win 7 precious lengths (73-66), It comes time to live Race 2. Aware that the prediction continues to hang over the side of opponents, strong of an almost perfect season, precisely up to those early 40 ', who have seen "Oranges" sample the first half of the apple. To complete the company takes the second half of the apple, educated in 54 km away from home, After a grueling day waiting, no less than a Race 2 dramatic intensity, after a thousand emotions culminated in the choice of letting pull the most dangerous opponent without committing foul, on our +1 with 7" on the clock. So, He has been scored upon but has averted the risk dell'overtime, that he could throw it all away. E, so, the BIO12 athletes It has landed in Finale!

"The management of emotions" were the keywords on which Marco Pappalardo he had insisted, spoken before the game in the locker room. We knew that the home side would try to overturn it and restore, just, the underdogs. Those words, however concealed within itself a difficulty higher than any pending. They had in the sense and nonsense, or the coolness needed to make their own game, without making calculations but thinking only to play, closing the first quarter at +9 of the 16-25, and equally necessary madness to react to the opposing reaction (I wanted to play on words), responding to "their" 7-0 Start the second quarter (23-25) and then to 10-2 of the 26-27, writing a 14-1 exciting for "our" +15 of the 27-42, and continuing to push, up to the maximum advantage of the +20 (more than -18 opposite of Race 1) of the 32-52, and then reach the interval on +17 of the 34-51. There, based on numbers, mathematics would have said that opponents would have marked 25 points higher, to fold.

The management of emotions, however, has encountered at which point a further stumbling block, against which risked breaking the waves. Overhead 17 lengths to 20 'from the finish, the coldness has not found her another self into madness, indispensable and complementary component. The reason holds if there is the feeling, this is the "lesson more" that in the third quarter of Race 2 the "Oranges" They found themselves living on their skin. And to have to find not in those words, but inside themselves. Opponents have returned to the field with the strength of desperation, the only weapon to cling to avoid surrendering, placing a partial 33 a 10 terrifying, It would lay anyone. They showed all his strength, on which there was no doubt, and their record seasonal. They have given everything, recovering, jogging, going on until +6 of the 67-61 the third siren.

There remained only one point "to defend", putting together Race 1 e Station 2, for training INVICTUS Academy. The reason he said that there was a chance to do it, that energies were finished, that in addition to the horizontal, He had run into an insurmountable wall revealed, something very similar to "moment" (how important, i momenti) this beginning of the third quarter of the first game. but yet, Now as then, sentiment has made a difference. With the power of the mind, passion, of madness, the desire to believe, the "Oranges" They have clung to their dream, giving everything I needed to continue to live. Tried from the previous quarter, when it seemed that his boys did not have the strength to bounce back, the coach gave them that extra edge, that experience lived on their skin, and especially in, playing with them.

There are only the names of the protagonists, deliberately. Each of "Oranges" He gave everything, no matter who was in the field and those on the bench. A team is this, first of all. And it is the passion that carries, that of families, some friends, other "Oranges" present (younger siblings Alessandro e Claudio), who was made an hour's journey just to be there for Correggio (Giacomo e Maxim), of those who tried to come to the last (Riccardo e Filippo) then cheer and jump for joy as 54 km away, because the distance does not matter. They count the emotions, has finally let them flow, feel the adrenaline finally slips away, although it will be hard to sleep tonight ... A thousand thoughts on the way done from day to day, a dream that seemed impossible but it has become reality, with the strong conviction, inside, that reality is always more beautiful dream. A Final to play, with the belief that our victory we have already won regardless of the decisive game on Sunday 9 June 2019.