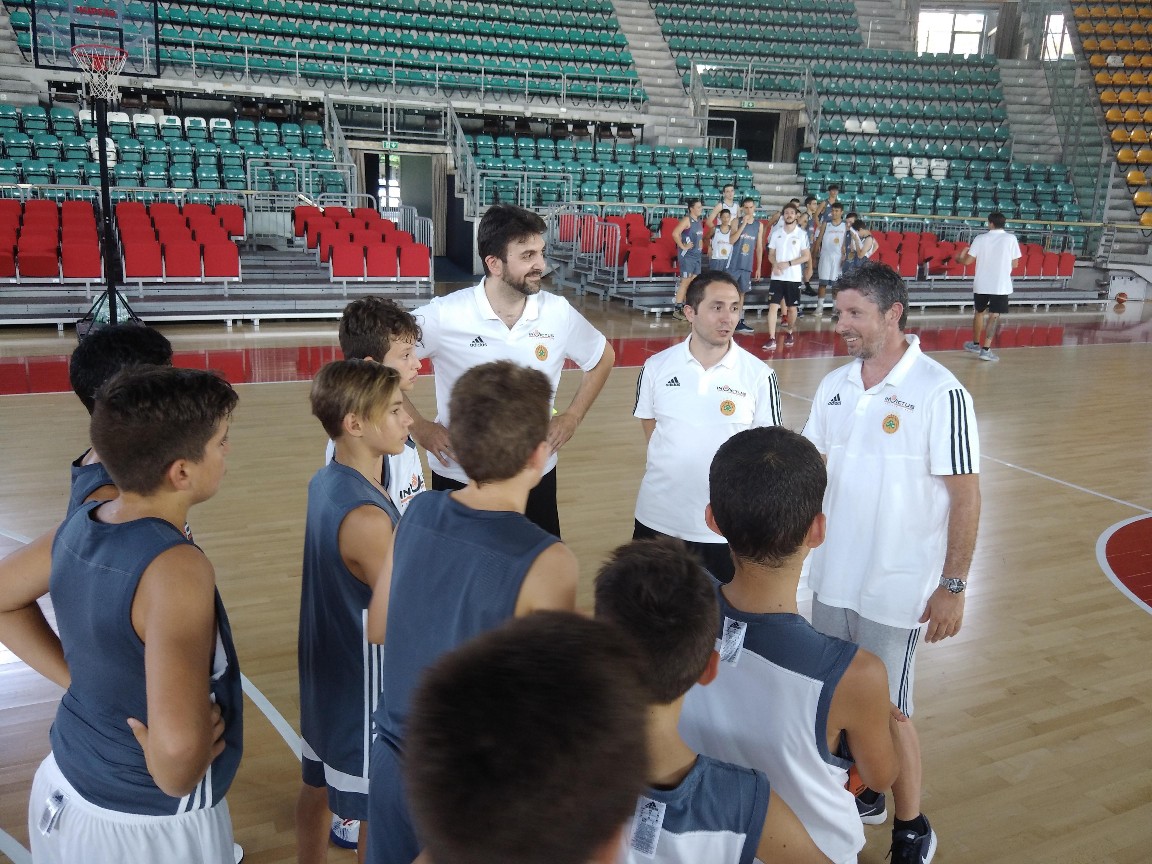 Third "new entry" the Technical Staff INVICTUS Academy ed è quella di dopo quella di Luca Zanardi, anche lui reduce da due settimane di INVICTUS Camp, between that with Panathinaikos BC to Athens Land Rover Arena Bologna (in the picture) and that in Lizzano in Belvedere, which have been valuable and useful to appreciate both the person and the coach. Immediate, then, the agreement to enter into the Technical Staff "Oranges".

His first experience with our Company, ma in realtà arriva già come uomo di fiducia del Responsabile Tecnico Marco Pappalardo, where he was Assistant Coach, an experience from which is born of mutual respect, as well as a solid friendship. Not by chance, When he was free from work commitments, often last year came to watch the games of our Under 15 Silver, always with its courtly and serene and remaining aloof.

Nato a Bologna il 30 December 1978, stature reveals its beginnings in basketball as a player. The years to Ghepard, coached by John Veneziale, They followed those all'Ancora Basketball, marked by the historic rivalry with Triumvirato - and those who lived, remember how they were feeling, for those who had the protagonist it was like playing the NBA Finals between Boston Celtics and Los Angeles Lakers! - , making the whole chain of youth.

With the passion for basketball in, that never ends, the passage on the bench was not immediate, coming several years later, but it was still a spontaneous. Season 2017/2018, Assistant Coach "Pappo" nel gruppo Under 14 Elite of Pontevecchio, covering in parallel the same role in the group Under 16 Excellence coached by Alberto Plasters. And last year, Assistant Coach again in Pontevecchio, Always to two groups simultaneously, the Under 15 Excellence Baffetti, and Under 18 regional Bonfiglioli.

In the album of memories, many challenges to level of basketball played as a boy, mentre da Assistente Allenatore la storica esperienza del Torneo Zanatta insieme a "Pappo", in cui il gruppo riuscì a stupire tutti, while last spring there was the experience in the Tournament Daimiloptu.

Per lui si prospetta un ruolo "multiple", Having regard to the availability that has immediately shown and demonstrated and the desire to continue the path from Coach, to grow step by step. Joking, He told us that in basketball has yet to give. Welcome to the right place to do, in INVICTUS Academy!