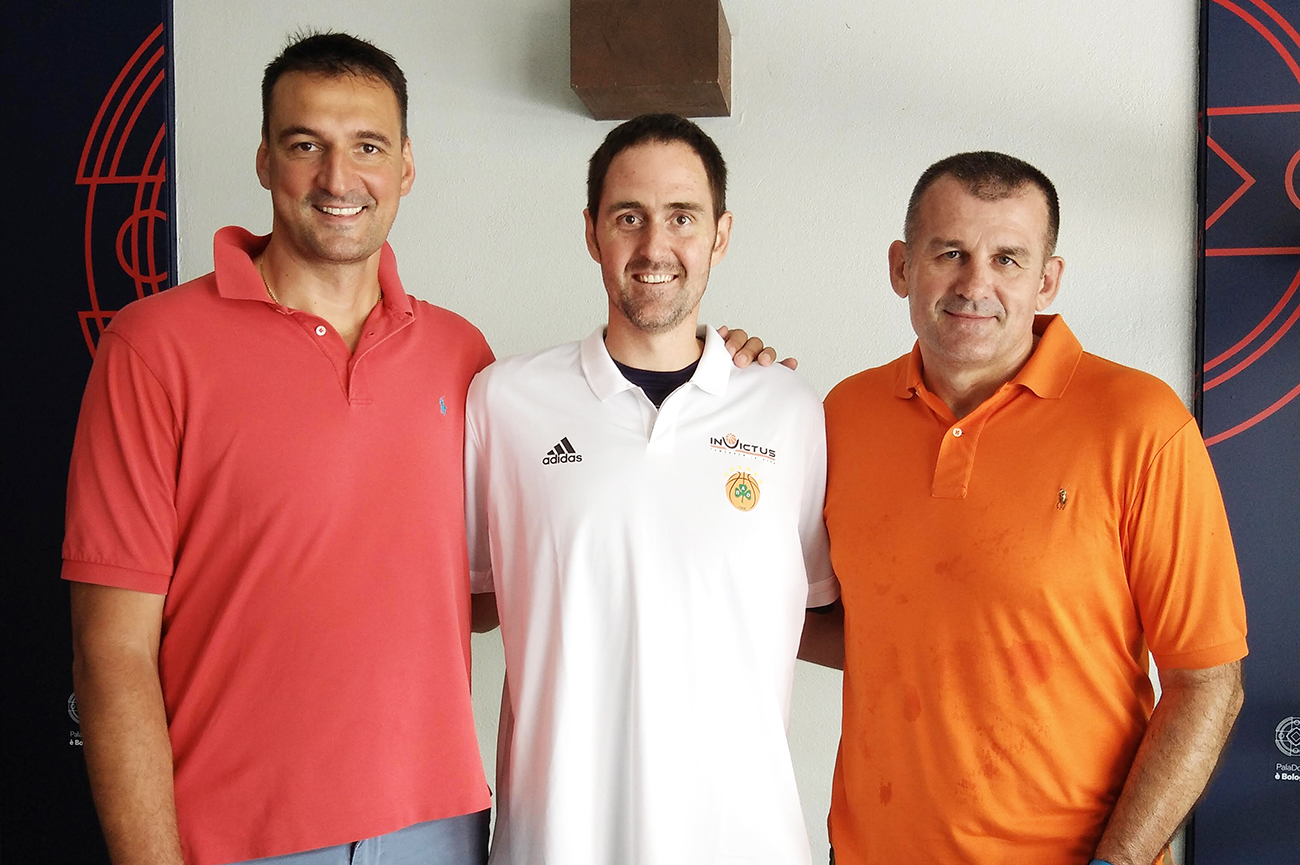 Toccata and Fugue in Bologna, earlier this week, per Zoran Savic. Back from Croatia, after accompanying his wife and daughter in Venice Airport, It diverted towards the town of Two Towers, accomplishing 159 km, and then leave the next morning to address the 1.137 km needed to reach Barcelona. A fundamental step to define the details of the second season INVICTUS Academy, which will start next Monday 2 September 2019.

There will be important changes, programmed in recent months, set up during the summer and that will be revealed at the end of the two weeks Open Day. It starts from Land Rover Arena Bologna, two weeks "tryout" dedicated to children that will make up the four groups of Youth sector (Under 16, Under 15, Under 14 e Under 13) and the two minibasket (Beginners and eagles), ie six groups, a planned expansion by enhancing the technical staff.

"I am very pleased with what we have achieved in the first year of operation - the words of the founder of INVICTUS Academy, Zoran Savic, pictured with Dalibor Bagaric ed Erazem Lorbek - in a city like Bologna, where basketball is not lacking and, rather, there is a very high level. We started aiming to grow and improve boys. Starting with the children of Minibasket, that was our starting point, to keep up with the guys from the youth sector, a step that has proved successful".

"We are a basketball school, and that's what we want to continue to be. Because the talent is not enough, First of all you have to teach the basics, the technique, and gradually increase the level by introducing more and more concepts. To do it, It wants the best teachers, and it is with this concept that we have chosen our Instructors and Coaches. What should be, first of all, an example on and off, as each of them has proven to be".

"The confidence shown by the boys and their families against our Technical Staff is the most gratifying result, You do not get anything without trust. Just as without the commitment that all our athletes fielded, This has led to results that exceeded our forecasts by each group, and winning the title Under 15 Silver is really divided among all players in all groups, because the sense of idendità that has been created between large and small was very strong".

"The double promotion of Mark Pappalardo Luca Brochetto was the first step, in time to start the planning of the second season of Academy activities INVICTUS, and it was a spontaneous step as logical, on the basis of their work and the dedication with which they approached their commitment. It demonstrates our desire to grow further, as well as confirmation of Ivan Cicchelli and Ugo arrivals Bartolini, I've known for years, Gianfranco Lelli and Luca Zanardi, already part of the INVICTUS Camp Staff".

"The modern basketball requires increasing attention for athletic training and body care, why the role of Francesco Del Santo will be even more specific, and before the start of training we present the news more precisely in terms of the physical care, both preventive and rehabilitative level, completing all aspects of what a company has to offer, as well as, because we want to be a real Academy, we will devote increasing attention to the school".

"Season 2019/2020 We will see us again engaged in FIP Championships, we believe to be the ultimate expression of Italian youth basketball, and in addition we will continue to offer international experiences to our boys: last year, on the occasion of Rimini tournaments and Blackboard, our groups have entered foreign students of great value as Teo Vojnovic, Bryan Ebeling, Vuk Scepanovic e Lexi Callueng, it was not an isolated case, on the contrary, we will collaborate more and more with their company".

"Similarly, further develop collaboration started in June with the Fundaciòn Aito Garcia Reneses Barcelona, with People such as Joan Tallada and Ferran Marquez, who they have worked extensively both FC Barcelona, and the second also for Euroleague. We will return to Barcelona with our 2007, but also with all our other groups, as well as Spain have scheduled tournaments in Macedonia, Montenegro and Dubai, fundamental experiences for the boys. All this is to be a basketball school".

"INVICTUS Academy is a basketball school, the decision to implement it in Bologna is due to my love for this city. Where there is one plant which the Land Rover Arena Bologna, the best in Europe, and a facility just outside the center of the former Cierrebi value, They sympathize with the Councilor for Sports Matthew Lepore and companies such as Virtus and Fortitudo for groped to keep it alive, This shows that in BasketCity you can collaborate through the basket for something that is for the benefit of young people and children".

And all this is INVICTUS Academy, word of Zoran Savic.