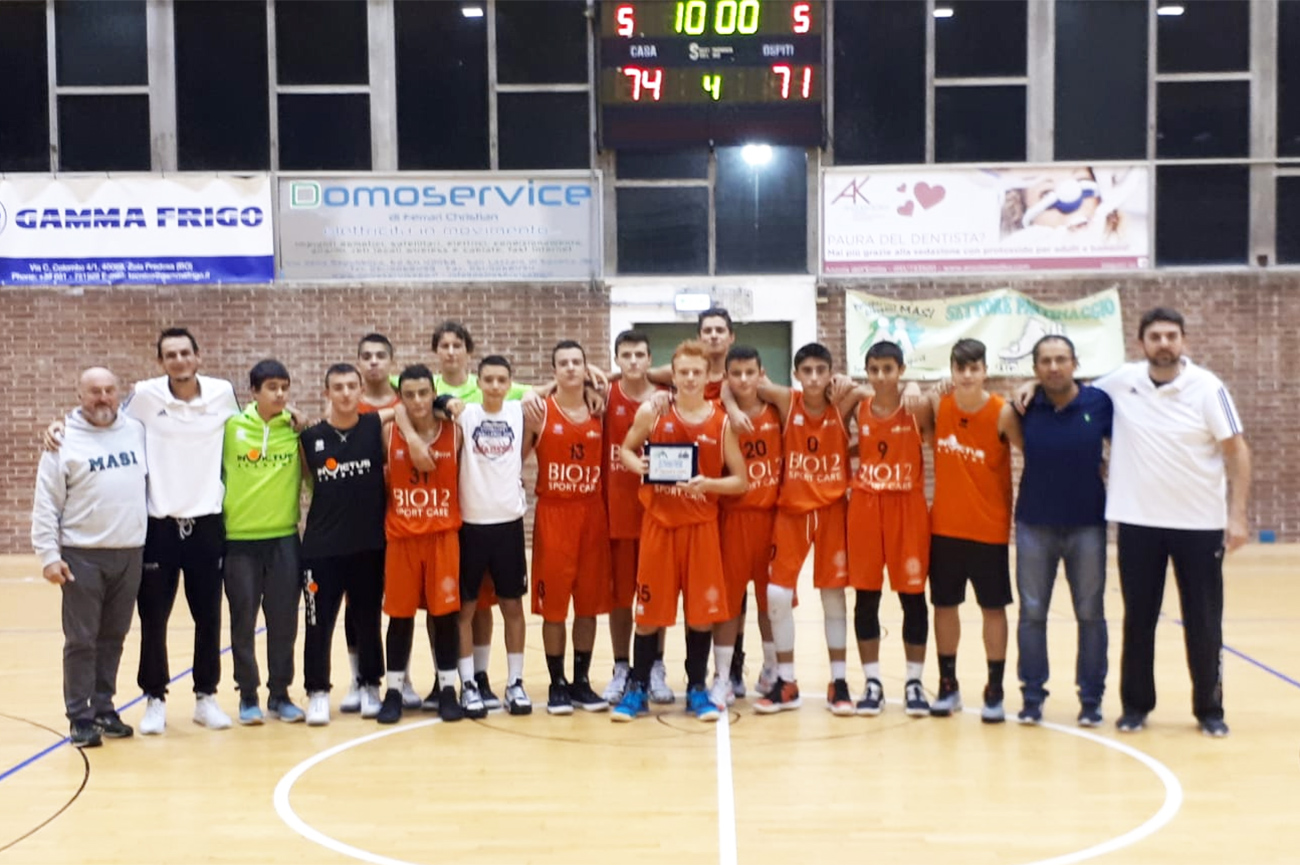 Sunday 22 September 2019. The first official act of a formation INVICTUS Academy to inaugurate the Season Sports 2019/2020, is... According trophy won by the grupo 2004 (with addition of two 2005), climbed to category Under 16 Gold After winning the title Under 15 Silver last 9 June, the Pilotti Memorial Trophy organized by the Polisportiva Masi PalaCabral of Reno.

One hundred and five days after the first title, and especially to the first double-official outing in the season 2019/2020, the team of Marco Pappalardo, with Luca Zanardi by his side, He scored a "one two" of great thickness, beating Basketball San Giorgio in Saturday's semi-final 3 lengths, 72-69, after having retrieved 18 against an opponent more physically structured, and already accustomed to the level Elite.

The Final Sunday afternoon, for the first time against S.G. Fortitudo, saw the "Oranges" overcome the initial difficulties, after being finished under 9 lengths, grab a draw with a sprint 13-0 (14-14), page Switch off before the first quarter (19-17) touching and fly away for three consecutive times +12 In the second (34-21, the first), coming with the interval 7 precious lengths ahead, on the 43-36.

Hold the opposing reaction, but the difficulty to withstand the impact from our, badly distributed (2-14, finishing below for 45-50), but nonetheless capable of decreasing the gap for the -3 the third siren (53-56). I decided to put the race on track, the "Oranges" They are strongly divided in the fourth quarter, with the 6-0 overtaking (53-56), then giocarsela point to point, ending back below 4, but managing to grab a draw and to close in defense, gaining overtime (67-67).

Last five minutes of playing experiences on the emotional thread, with my mind racing back to that Sunday 9 June to Castel Bolognese, Under the Championship Final 15 Silver against Baskers Forlimpopoli, It ended right after extra time ... Immediately the basket into action to take the advantage, not to give up the head, with the swing between the +2 and the +1 from the line, the second field goal and free throws of the bracket, +5 on the 74-69, before 74-71 victory!

Two games suffered, as will all this year, played seeking a balance that, after only one week of training "team", still can not necessarily be. in the meantime, But, the first message was given by "Oranges". There is that something inside, that spark that, when you turn, It overcomes all obstacles.