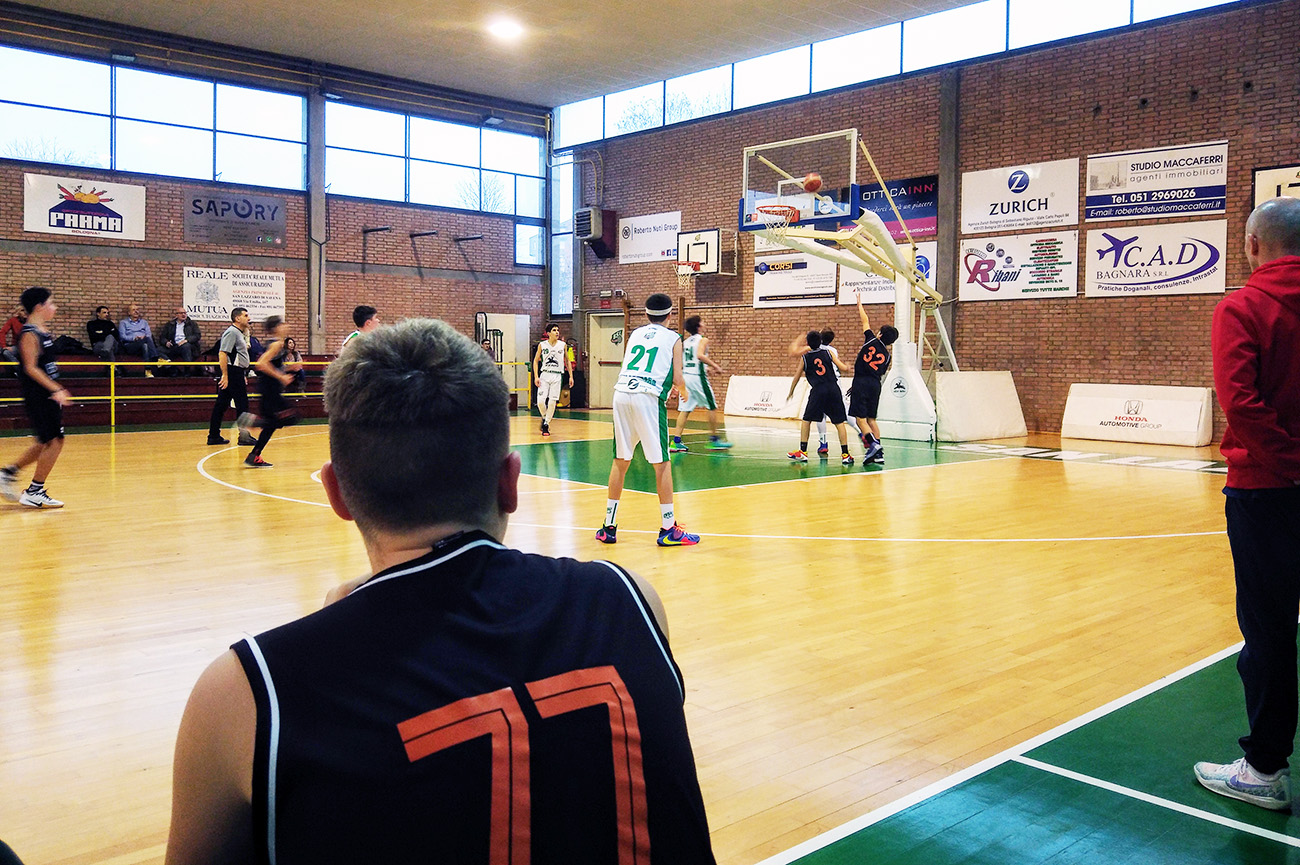 Tuesday 14 January 2020. The first of 2020 for the Under 14 of INVICTUS Academy coached by Gianfranco Lelli e Luca Zanardi, replicates the first Championship. Not for the result, because then he came a thrilling victory in the Furla S.G. Fortitudo, but the attitude and mentality. It is not enough to win against Rodriguez BSL San Lazzaro, but to absolutely convince yes.

Last quarter, we try again. Three baskets in a row Maxim and an assist for Sam for the -4 of the 60-54, against BSL now strong march. Mark still Sam for the new -6, still block and basket to Luca, then bounce converted into two points by Loren, we are -2 on the 64-62 with a partial 14 a 8 e 4'04" to play, very great! Do not be enough to accomplish the feat, BSL is able to break the blackout exploiting the offensive rebounds, marks yet Loren for the -4, slips two free Luca, It ends on 76-67, with partial close by 20-19.