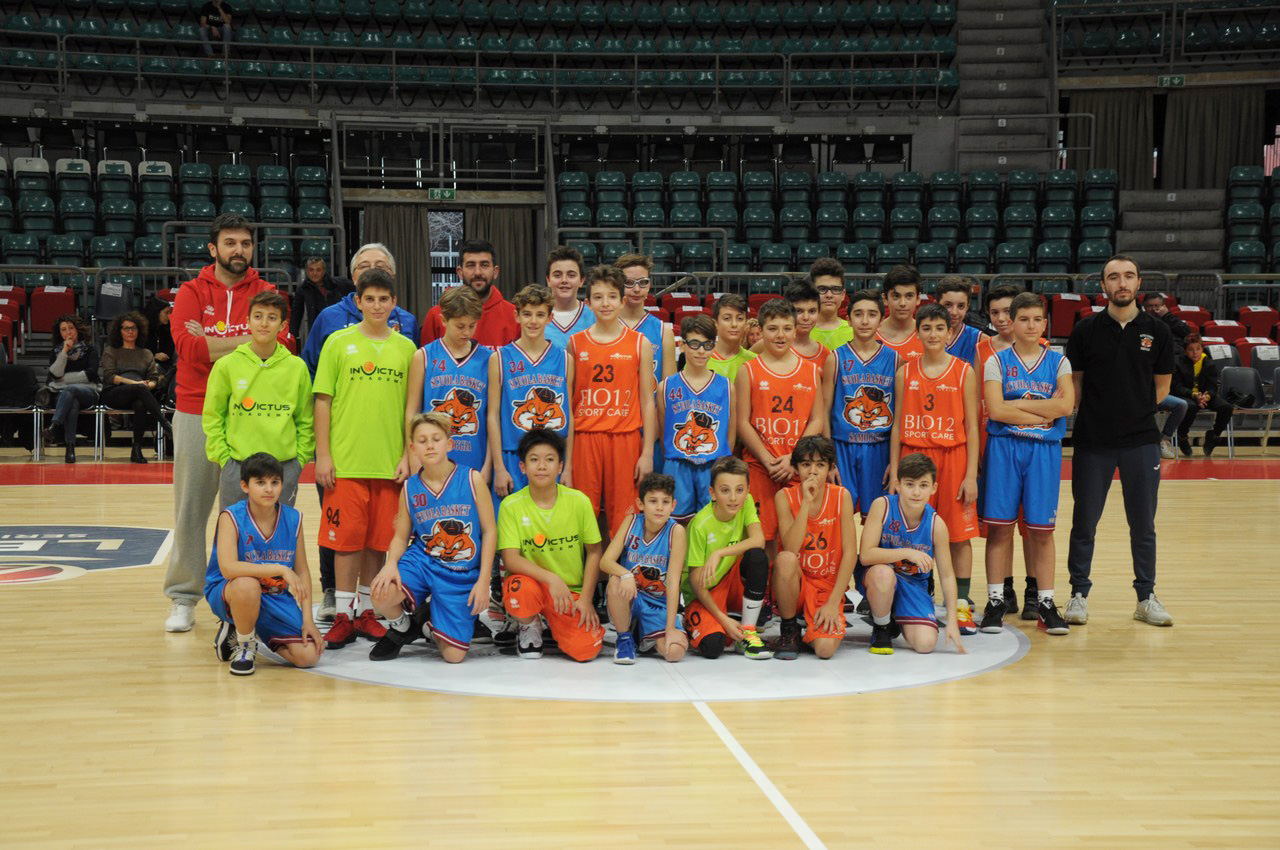 Saturday 11 January 2020. The first of 2020 she's gorgeous. And it is a river of emotions, those with which the Under 13 They took the field at the Land Rover Arena Bologna, thanks to the cooperation between INVICTUS Academy e Fortitudo Basketball, already set up to accommodate the game of Effe in the evening.

Pure emotion for our "Oranges", Pure emotion for Ivan Cicchelli, He returned as Chief of the team coach 2007 that's him, last year, He had forged and grown, guiding them in the season Debutant, fundamental to the approach to the Youth Sector.

A season that saw him to take them up to the extraordinary steps forward, from climbing in the championship with second place in the First Phase and the landing to the Top 4, in 3rd place in the tournament Rimini, with Vuk Scepanovic e Lexi Callueng immediately become part of the group, the experience of the tournament in Barcelona in June, unforgettable.

Proposing to take a group more than the two of Minibasket, spontaneously she expressed his preference for "his" 2007, and it is enough to find a phone call immediately on the same wavelength. As it was enough a workout, to Thursday 9 January 2020 al lacus, to immediately resume the head of the group.

The demonstration has taken place tonight at Land Rover Arena, addressing the School Basketball Samoggia, Thank you for having accepted our proposal immediately "last minute" to carry out the inversion of field, when the possibility of being able to play has resulted in "Madison" Piazza Azzarita, a dream for anyone, children and families. They immediately understood and shared the spirit, and this made it even more beautiful this day.

Climb the ladder that leads from the dressing rooms in the heart of the arena, It is an indescribable feeling. They tried all the greatest champions of the Bologna basketball, Italian and international who played at Land Rover Arena, and it told as something unique in their entire careers. This afternoon, those samples were boys INVICTUS Academy and of School Basketball Samoggia.

Presentations in the field with the speaker's voice, and the two teams to take sides one in front of each other, as in Serie A, then the Maxi-group photo before starting, the referee FIP Valentino Ragone ready to lift the ball first two of 2020 for our colors.

We are pleased to point out that there is Giacomo Schiavina, indisposed Thursday, while it is not yet well Alessandro Bottini, who made his compliments to the team via message. Then, the match. Vinta that INVICTUS Academy per 73 a 36 on School Basketball Samoggia, but with applause for all the children of the two teams. Ve tell.