U15 SILVER +7 IN COMPETITION 1 THE sEMIFINAL! 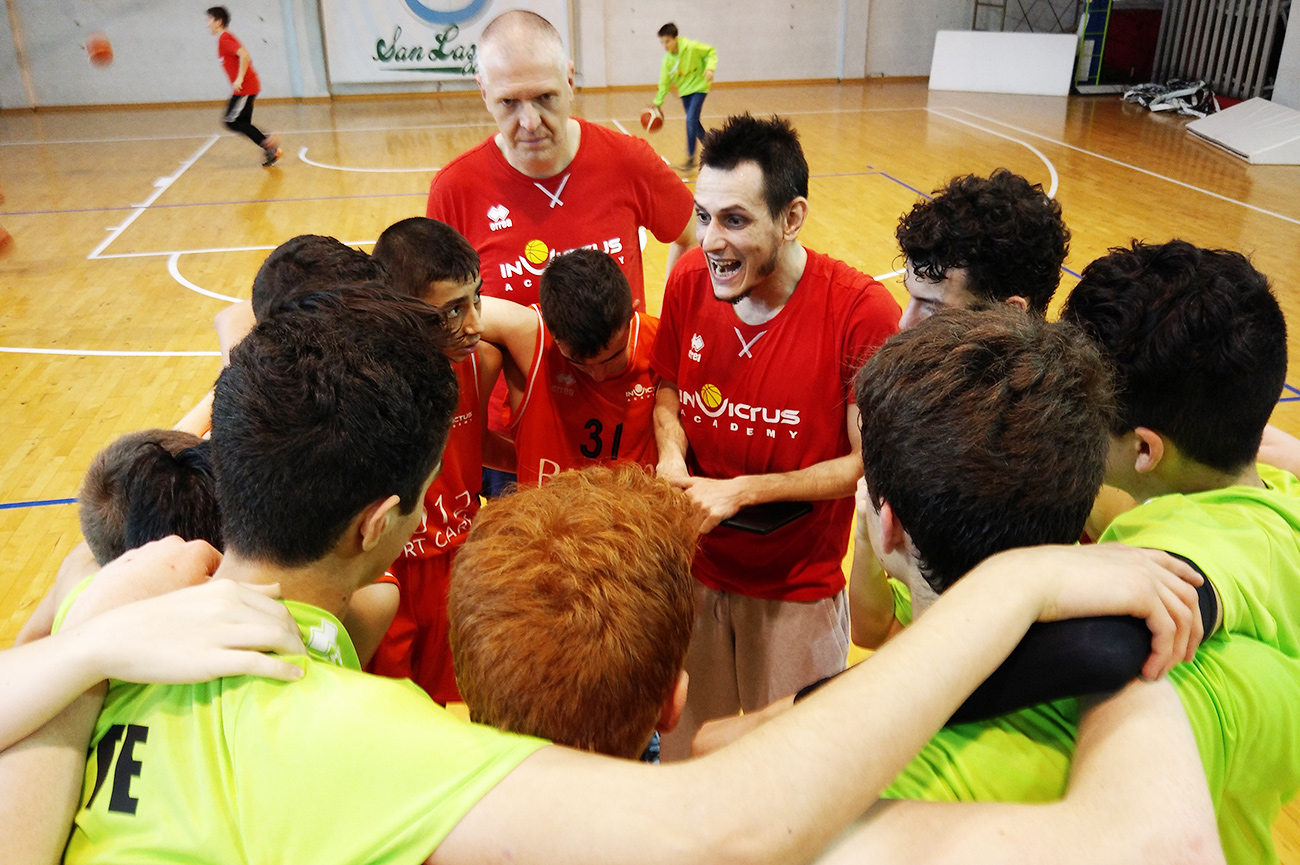 U15 SILVER +7 IN COMPETITION 1 THE sEMIFINAL!

Sunday 26 May 2019. In front of the eyes, the prediction adverse. That in favor of Correggio Basketball, with its decennial tradition that sees established on its territory, and especially undefeated this season. Into the heart, the desire to continue living their dream for Under 15 Silver, They are clinging to Marco Pappalardo since the first day, believing, following, hearing every word and every teaching. In the mind, the motivation of those who want to prevail on the eyes heart, continuing to live a dream, virtual, It has become more and more real.

There were over a hundred people in the stands, a San Lazzaro Gym Kennedy on a Sunday afternoon soaked with rain and humidity. A field ever so incisive factor before, and especially never heard so much. There was the contribution need all, including other "Oranges" of BIO12 athletes with neon green sweatshirts (Riccardo, Filippo, Tommaso, James S., Leonardo V., Brando, Claudio, R. James, Maxim) came to cheer for "larger", and were themselves alone an entire team, accompanied by more and more passionate parents to live with something that goes beyond the boundaries of their group. Already this, a beautiful result, that is worth at least as what has been achieved on the field.

race 1 Semifinals Playoffs, coming here also with 18-2 Phase and First 4-0 the Round and Quarter Finals, He was already a victory, even before playing it. To feel we ask "who we are", rightly being our first year of competitive activity, It is a source of pride. There is never anything for granted, If they do not exist or coincidence. There is the desire of will, fielded by the boys who go on field, with behind the Technical Staff, and the fundamental support of families. This is INVICTUS Academy, with the distinction of having its base and especially the heart in Bologna center, and thanks to Zoran Savic a horizon that goes beyond.

Then, the match. With the tension, the adrenaline that caused the outburst of 5-0 and then 7-2 initial, the reaction of the opponent are able to exploit the greater physical size, jogging twice, then stretching up to +7 (13-20), reduced by the blaze of "Oranges" al 16-20 the first buzzer, and so disruptive in the second quarter (+17, 19-36), raising fears that the groove was traced, but still our guys have reacted, reaching the interval on -13 of the 27-40. There, in the locker room, once again came the turning point, by the words of Coach, able to restore calm, lucidity, conviction and charging.

It was not over yet, even after the first actions of the third quarter, with guests to go to addiruttura +18 of the 28-46. From those words in the locker room listening, He has lit the fuse that has become fire. Due a zero, quattro a zero, six to zero ... A sudden break, that forced opponents to timeout. Still far our in scoring, 12 lengths away, but really close, very close to the inner conviction. Back at the camp to regain control, the people of Reggio are gone into confusion, with "Oranges" to remain there with the mind and continue comeback, up to the third round gong, on the -1 of the 49-50, winning "in points" per 22 a 10.

Again there, ready to gamble. Again able to surprise, astound, do more of what was to be expected. With the power of the mind, the "Oranges" resist the enemy attempt to break the inertia of returning immediately +5 and then pushing on +6 (53-59, with 6.44" to play). But not just yet, embers hides a fire ready to flare up again, by the arc flame that is the draw on 62-62 a 3'18". Correggio back ahead by two, but it will be immediately taken. E, Finally, outdated, with the latest progression BIO12 athletes that comes to +7 victory, 73-66. On hold, unexpected, gorgeous.

Friday, next one, race 2 all 20.30 Correggio. Starting again without the underdogs, but with the humility to want to try to go one step further, in this dream season. And the knowledge that, our victory, We have already conquered. Thanks to... #0 Filippo Fabbri, #9 Gianluca Forino, #11 Ludovico Claroni, #13 Nicola Monzali, #14 Matteo Guidi, #18 Riccardo Zucconi, #20 Diego Mascagni, #21 David Aldo De Pace, #24 Christian Carmelo,#30 Luca Mazzoni, #31 Fabio Pinto, #35 Mario manly, with Marco Pappalardo e Giovanni Setti.