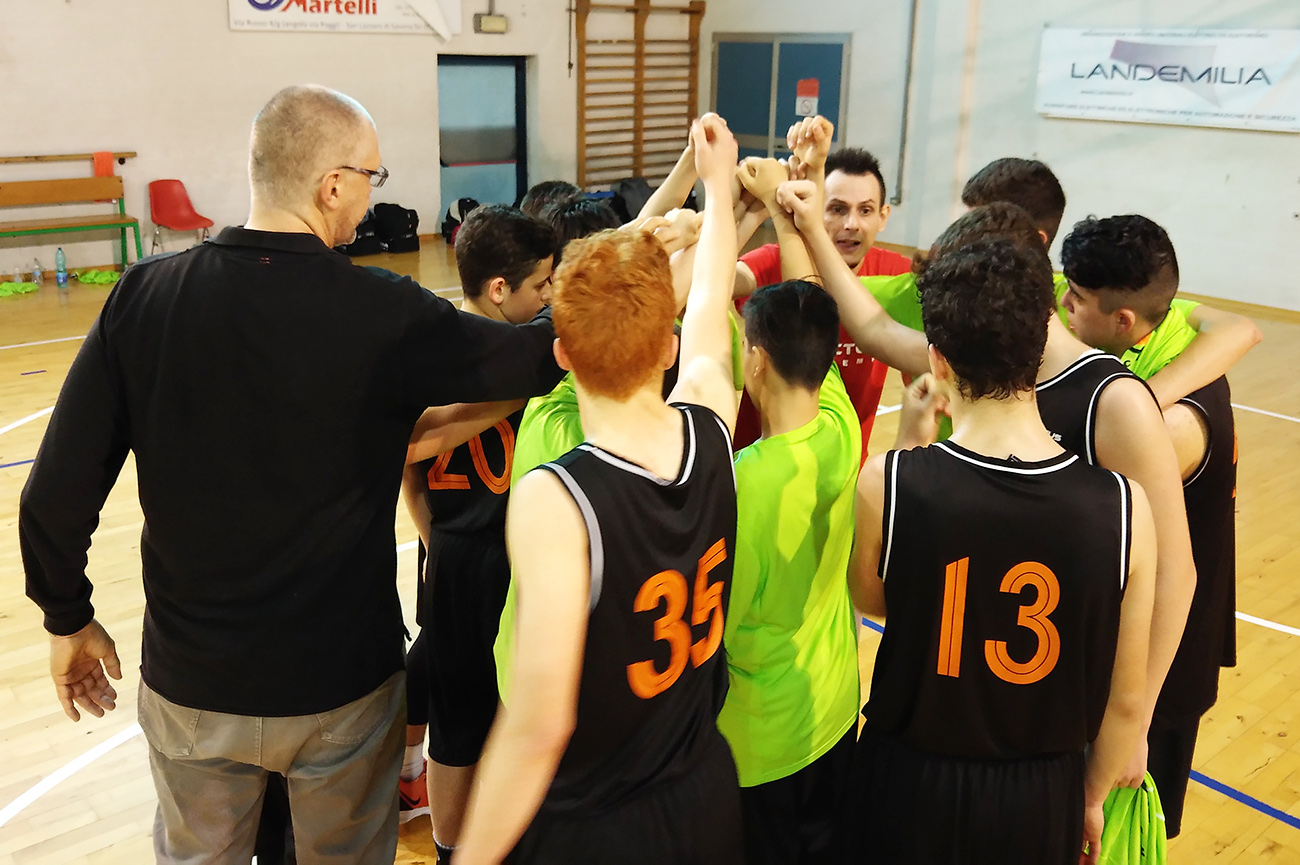 Sunday 12 May 2019. there he is, the third act. We ve we told him, and it arrived in the late afternoon, always under the Flood. We start by a batch of Debutant, after checking the exact truth. The victory in the field of 'Antal Pallavicini is our 2007-2008, and we prefer to stop here ... First victory, then, for the formation coached by Ivan Cicchelli the Top 4 the FIP Championship, as it was right and it was lawful, continuing the exponential growth that began in Rimini, continued in Minerbio-Altedo, and fielded already in the morning, giving success to BIO12 athletes. Congratulations, boys, ve are the deserved up at the bottom!

In the late afternoon, on the floor of San Lazzaro Gym Kennedy, race 1 Playoff Quarter Finals of the Under 15 Silver, for the increased formation of INVICTUS Academy, composed mix of boys 2004 e 2005 Cape Coach Marco Pappalardo, with Giovanni Setti by his side. First in Group D against before the Group C, and a few tenths of differential baskets to their advantage, that's why he played the first in our house. heard Match, tesa, but we knew it would be so ... E, for the "Oranges", the need to start on the right foot, pointing immediately to victory, knowing full well that there will be another 40 'to play in the series.

It 'all right, when he lifts the ball two. With the wedge grandstand public, making fully the idea of ​​home advantage. And 'an ancient atmosphere, but because of this even more attractive and charming. E, we say giving an additional meaning to that "third time" announced in the previous report, to cheer there are three of our 2006 (Maxim, Giacomo e Luca), two of our 2007 (Riccardo e Brando), our 2008 (Claudio) and our 2009 (Alessandro). Four groups, there exist between the field and the stands, that's what you mean "team up" well beyond their own group. E, in addition to boys and babies, we should thank their parents, the availability of which is unique, precious, special.

It 'all right, we said. And that's where, even before that against opponents, our "Oranges" found itself confronted with themselves, undergoing perhaps the sense of responsibility of the way done from October to date, such as to remove, at first, the breath. And let them play contracts, as if they had to prove everything from scratch, suddenly. At the bottom it is so, is clear, "Any given Sunday". Each new day, the team must go on the pitch to prove his worth. Not from scratch, But, but reaping the benefits of each workout and every single game, after cultivating, sown, washed. Here's what was missing, early in the race. Only this.

It was not easy, at that point. Without unleash the field over his position and his game, the team left to play opponents, who have the opportunity to immediately enter in the race, staying ahead throughout the first period (12-15), then coming to +9 beginning of the second, with our to toil beyond measure to recover every single point, until the -4 interval, come on 26-30, suffering in the defense played on the blocks, and failing too many easy shots on offense. Gone in most mogi dressing that angry, it took the words of Coach. Inside those walls, and especially inside themselves, was born thanks to those words the turning point of the Course 1.

Other eyes, other looks, other office, other grit. another team, indeed again itself. Able to return to the field with a fierce determination, attack the game, develop their full madness ... The one that leaves no breathing opponents, because it does not give a moment's respite. Defense, attack, a continuous race. Without ever stopping, the "Oranges" placing a sensational partial 32-12, that sweeps away every obstacle, with an exciting progression. Unstoppable INVICTUS, when he plays well. Unstoppable all the boys, in defending together, the jump for every ball together, in launching into attack together, in to run the ball faster leg, and mind even faster, and the mind is powerful. And it is the +16 of the 58-42.

This is the time to take the next step. In front of, the ability to push even harder, or to let their opponents back. The free will rewards the willpower of these guys and show what they are willing to follow their mentor, their lighthouse, their point of reference. On and off the field, for parrecchi, if not all of them. And 'so it comes the highest wave, that further boost that brings the BIO 12 Sports Care to lengthen nine other lengths, without giving up anything. Until the +27 of the 75-48 finale, what does it mean 1-0 in the series, reached the maximum advantage. With the enthusiasm of what has been done and the humility to know that there is another game to play, to be addressed by focusing solely to win.