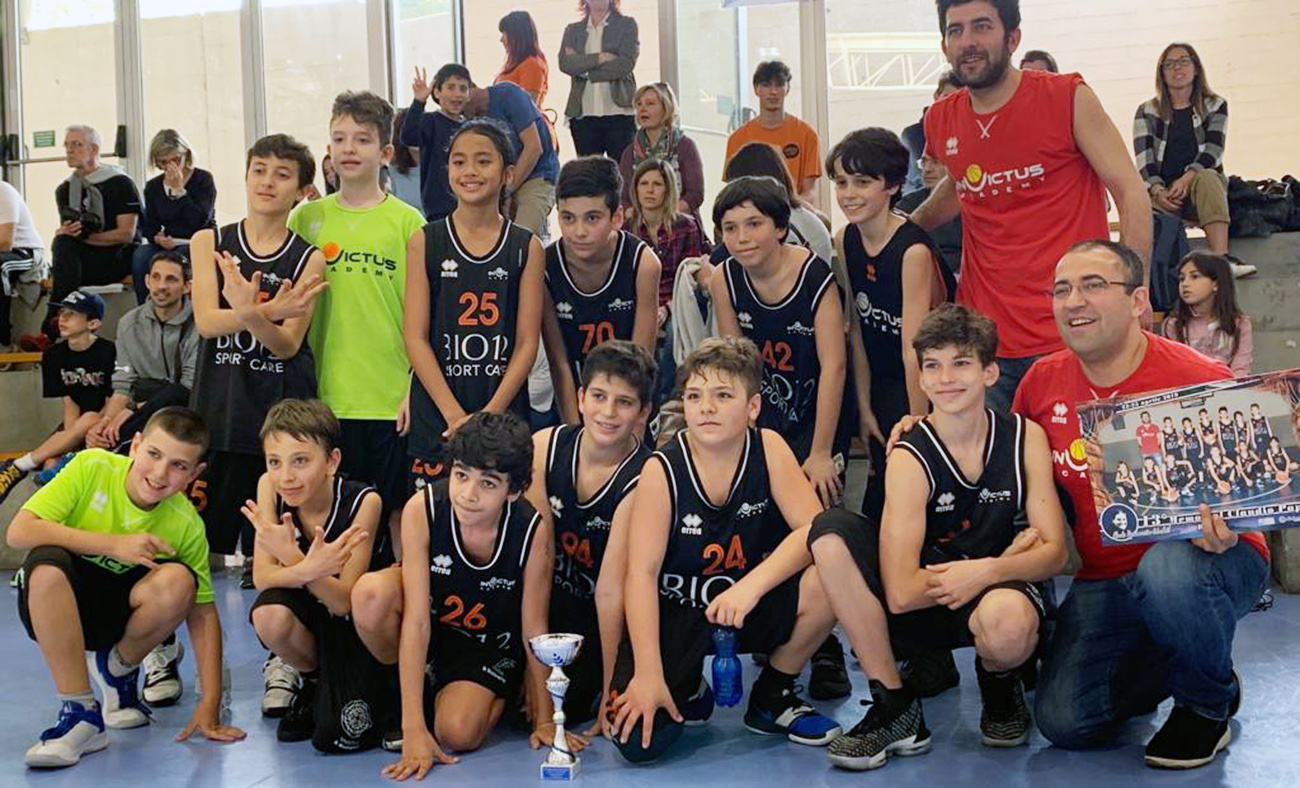 I risultati conquistati nella prima stagione di attività dai due gruppi di Minibasket di INVICTUS Academy sono sotto gli occhi di tutti, greatly exceeding the initial objectives. Starring all the boys, but also those who have guided them, or Ivan Cicchelli. Bolognese, Born on October 11 1983, its confirmation is a formality: Coach and Instructor of enormous value, a "rarity" that we hold tight, and a person of our full trust.

Starting from the smallest, the children of 2008, 2009 e 2010 They disputed the FIP Championship Eaglets "Beginners" imparando a diventare una squadra e, which is absolutely not obvious, just having fun doing it, passing the ball to the free companion, defending together and experiencing the thrill of winning team.

As for 2007, Together with some 2008 disputed the FIP Championship debutants, Growth was even more evident if we, going over the results of which are already sensational: the bet to sign up to the level "intermediate" (that Bologna is very high) It is fully paid off, by winning the second place in the First Phase and the qualification to the Top 4.

More, while remaining on 2007, participation in the Tournament of Rimini Papini was a turning point further, with a brilliant third place together with two couplings Vuk Scepanovic (2007) e Lexi Callueng (2008), as it has been permanently the starting trip June in Barcelona, a trip abroad, which proved to be an unforgettable experience.