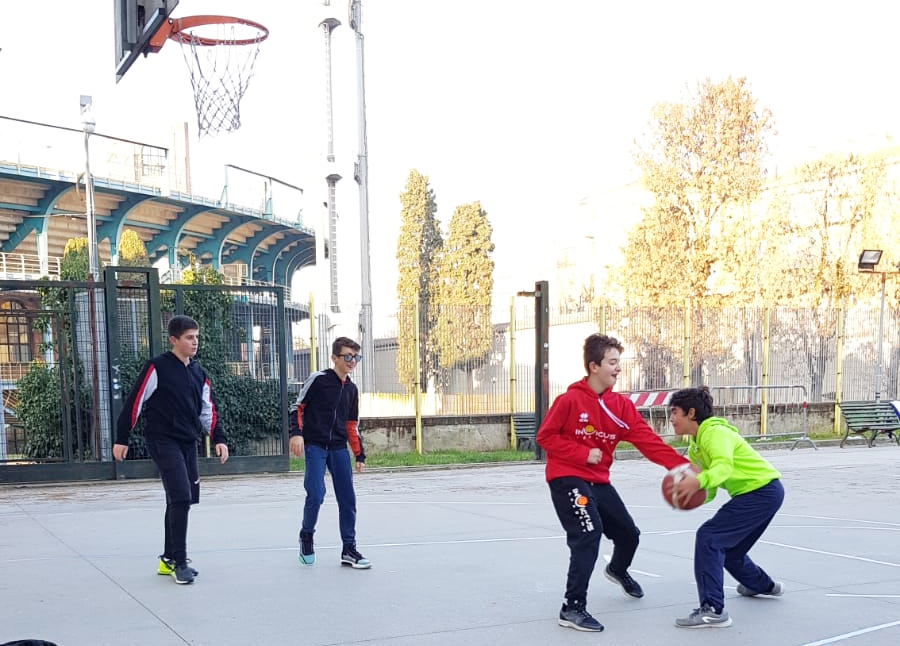 Wednesday 1 January 2020. First day New Year, and the desire to basketball for boys INVICTUS Academy. Some of them have gone on to play at the playground Meloncello - in the picture, i 2007 Philip Preti, David Valdiserri, Brando Wax e Riccardo Botti - and others of different vintages in other pitches. Since the early afternoon, then, some parents have written asking if tomorrow, in the absence of official training, there was the possibility of having the field still available, because... "The boys would take us a lot".

There was enough this, to immediately take action. Having received from the controller CUSB the availability of two afternoon bands to PalaCus, so we have made available to our groups: give her 16.00 all 17.30 the boys 2004 e 2005, and from 17.30 all 19.00 those of 2006 e 2007. We will bring them the balloons, we will be present, but we will let them to ... Autoallenarsi, just as it happens to pitch. It's good and is part of their growth, but above all who will do it with the greatest enthusiasm.

There will be those who will understand and who's not, among the great, but let the boys play basketball. If it were up to them, would never stop, of course. Rather, They would spend the Christmas holidays and New Year in what is not a job, but fun. As well as, for us, It is first of all a passion, and then a job. In parallel, tomorrow morning will begin a crucial week, for the foreseeable future INVICTUS Academy. The 2020 It will be the year of change. New Year, New life.