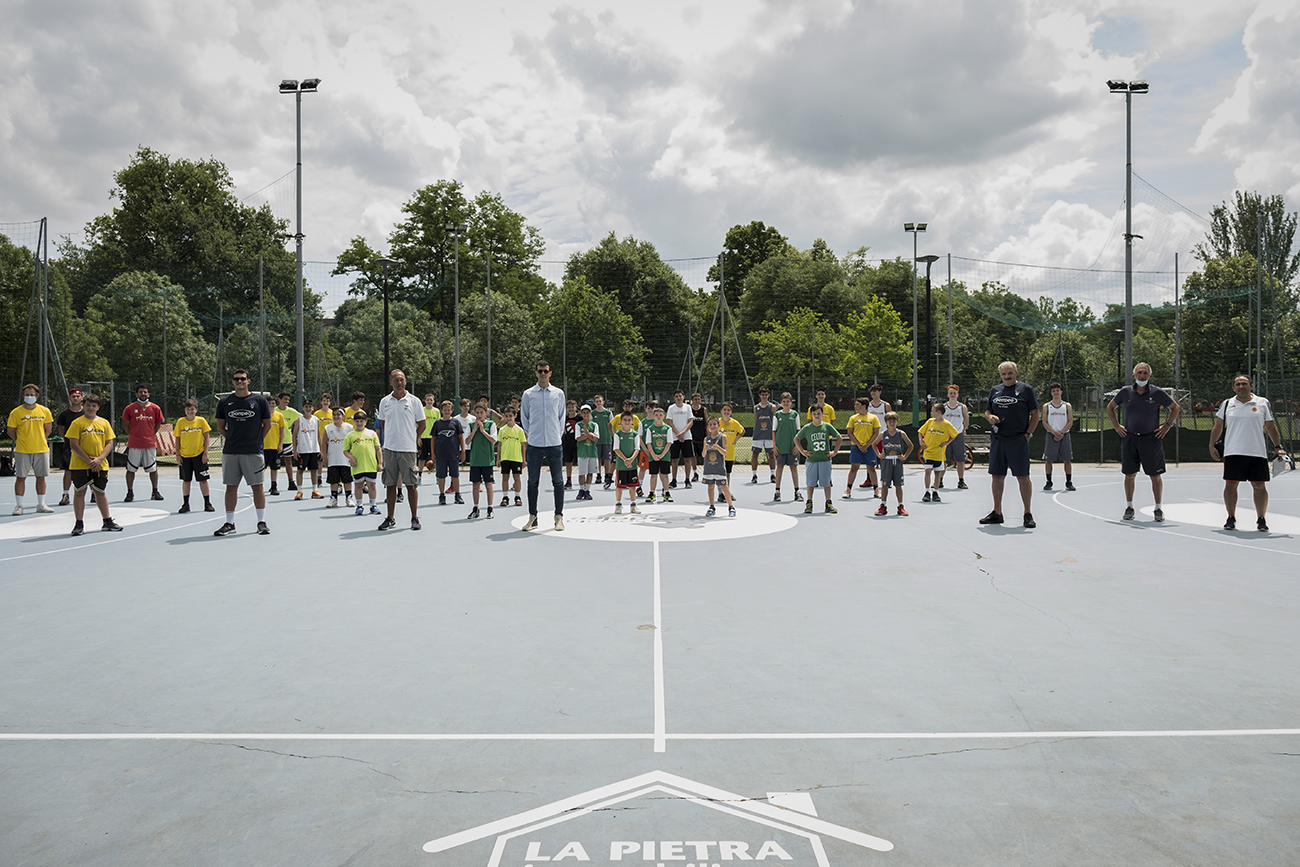 Second week completed, e INVICTUS Camp 2020 it becomes more and more exciting! Mostly, collaboration with the Fortitudo Basketball has given very strong emotions, such as the surprise visit from Meo Sacchetti, the new Head Coach of the Effe and Technical Commissioner of Italy. The arrival of the Coach has seen, then, the official presentation within what, from September onwards, it will be the new Casa della Fortitudo in all respects, and this too was a great emotion.

That same afternoon, there was also the announcement of an excellent return, to Roberto Breveglieri as new Technical Manager of the Biancoblù Youth Sector, as well as Scouting Manager for the first team. A "team" that is taking shape more and more, the one that will guide the youth teams, with Federico Politi even more involved and ... Already during the third week of INVICTUS Camp 2020 more news will come!

Obligatory ending for the greatest emotion, that of marriage between Stefano Mancinelli e Lorenza Guerra Seràgnoli. And for the thanks to all the protagonists of this Week 2: starting with the Staff, with the Technical Manager Federico Politi, the Head Coaches Alberto Marculissi, Ivan Cicchelli, Gianfranco Lelli and the Athletic Trainers Pacifiers Devetag e Alfredo Pazzeschi, plus adding Diego Zaffina. To continue with thanks to all the participants, once again there "present" in the field...