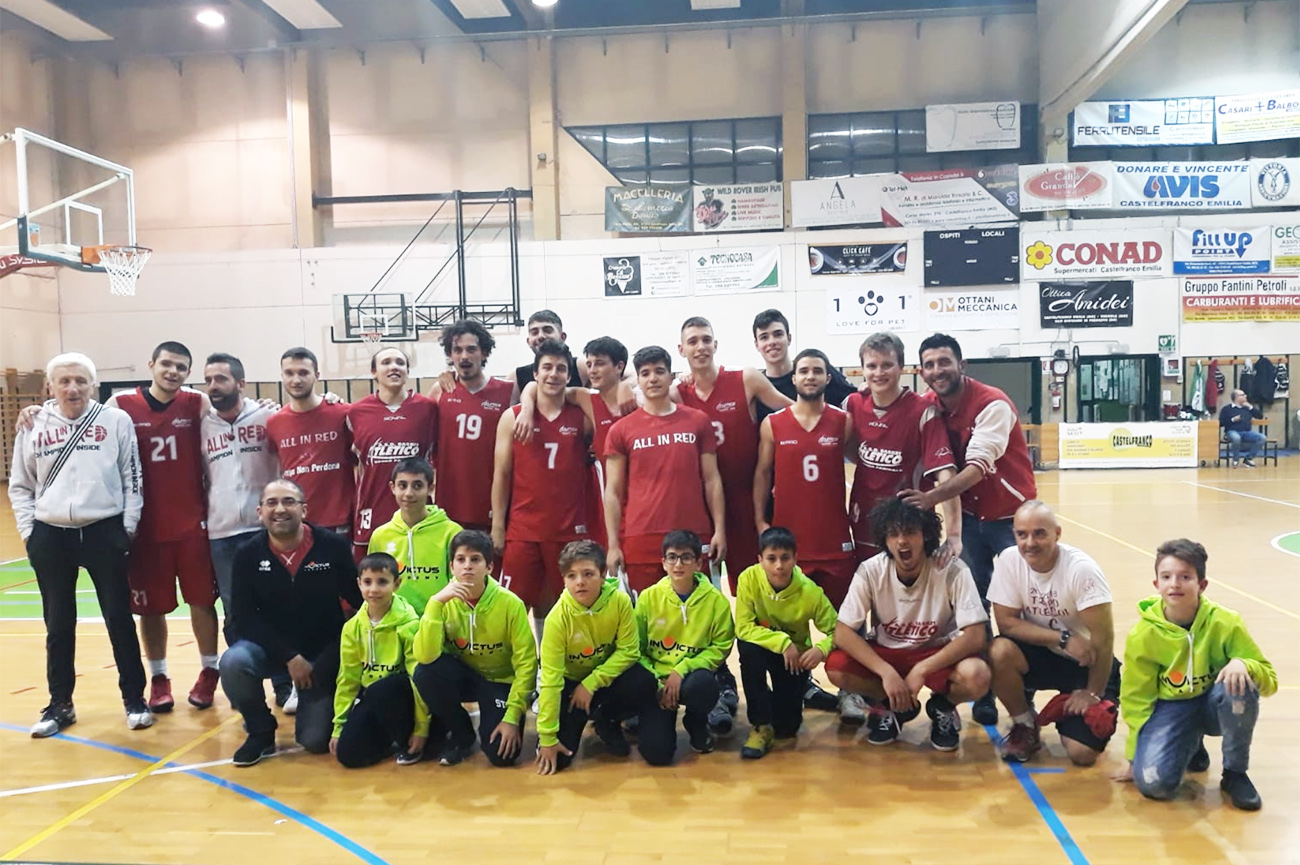 Sunday 12 May 2019. Resuming Top 4 the FIP Championship, for the Debutant of INVICTUS Academy designer BIO12 athletes. In two acts, But, awaiting confirmation of the third. The first takes place on the eve, when a large group of "Oranges" They went to Castelfranco Emilia to cheer for 'Athletic Borgo of which he is Assistant Coach Ivan Cicchelli, engaged in the last game of the regular season, dance with the salvation. fought, suffered, but conquered!

That's why the "cover" This news takes just the picture on Saturday night, that just beneath the flood has given us a beautiful emotion. And the final celebration, with the group photo with players and staff "All in Red" C Series, was one more way for our kids to do the full of enthusiasm, Charge and Motivation. For this, Yesterday evening we had the first part of winning, for us. obviously, in the picture stands the fluorescent green of our boys!

second act, the game this morning at 11.00 in the field of 'Antal Pallavicini, coming here also always under the Flood. Faced with the enthusiasm, the attitude, the desire, the charge, the character and the best by our determination "Oranges". Leaving the best in the first period, 5-12, indeed, if anything, with the belief that we could amass an added advantage, and missing the opportunity to close in the second period, making us indeed recall three points, for the 20-24. At that point, the defense of the hosts was penned in, contacts have become even harder, but our people never gave up, ending in the third period (37-34) but continuing to fight to the end, 49-43.

Which, then, the third act? The... Third time rugby, what he saw our boys end up just as winners in recent weeks they have found a way to give their best on the pitch, always playing with the maximum fairness and sportsmanship, which for us it is a key aspect of education for life. On and off the field, it makes no difference. Bravissimi, boys. The future is yours, and it is aiming to why we are working day by day. Keep it up... Tommy, Ettore, Maverick, Ricky, Leo V., Brando, Leo C., Jack, Arthur, Claudio, Filippo.