BEGINNERS, AND THE STARS’ THE NIGHT! 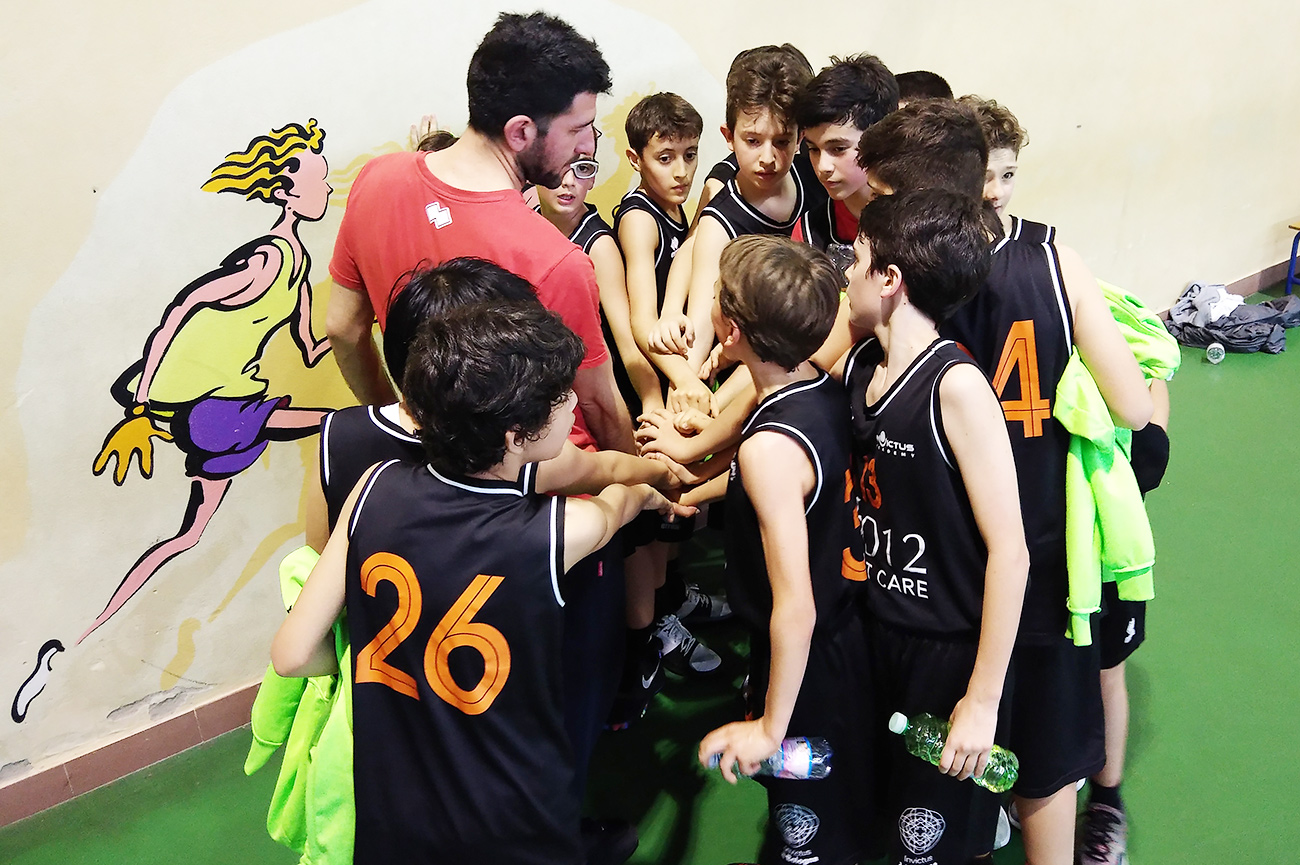 BEGINNERS, AND THE STARS’ THE NIGHT!

Wednesday 22 May 2019. Last game of the Top 4 the FIP Championship, for the Debutant of INVICTUS Academy. Again with a prologue, which is a credit to "Oranges" coached by Ivan Cicchelli, because 48 hours before the game, when they found themselves in the gym for training, now is the executive in charge of her opponent in the previous "to deliver" in fact the boys BIO12 athletes victory, legitimately won on and off, a gesture felt that we were pleased, and a sharing of principles from which will be born future developments.

From the prologue to chronicle the last commitment Championship, which we saw our team engaged in the away match PGS Corticella del Coach Massimo Bitelli. Without looking at the end result, because those who do it with this age in our opinion wrong departing, but to prove on the field to be able to apply what they learned in training workout. Here because, beyond the slow start of our boys, who spent the first two quarters of the race to take steps to opponents, Meanwhile fled away, As it is shown in the third quarter for us it's game.

There came reaction, with a 10-0 made defense (first element), rebounds (second element), recoveries (third element), open field races (fourth element), wide spacing in defense lined (sixth element), quick steps to struggle defense and finding the free companion (seventh element), belief in attacking the basket (eighth element), desire to play together (ninth element) and contribution of the comrades from the bench (tenth item). This "alchemy" requested by Ivan and supplied by the boys, which not surprisingly won the third set, then gamble without fear in the last quarter. The rest? That something more that bring parents. So, if the future will be rosy, the same evening brought the serene and made starry night.

No problem, so, for the 51-25 the final result, conditioned by the first half of the race (33-8), but repaid by 18-17 the second half. Sign and proof that, Once again, the attitude was the right one, improving during the same match, leaving the field between the applause of their parents, the Technical Staff satisfaction and a general enthusiasm that already want to look forward, as it should be. That's seen the return to Land Rover Arena Bologna, Exact three hundred meters from the headquarters of a company born in Bologna center and wants to stay here.

With that little bit extra, already tasted in Rimini, which always looking mainly to the growth and improvement of the boys, He wants to live their international experiences, deeming them fundamental. In Romagna there were Lexi Callueng e Vuk Scepanovic, the next stop will be in Barcelona, Spain, where Debutant They will fly immediately to the end of school to participate in a prestigious international tournament, of invitation to Zoran Savic a coach of international standing as Aito Garcia Reneses. They will be key days off the court, those of Barcelona, to define the near future.

in the meantime, returning to the present, After the prologue and the record, we conclude with the epilogue. What he saw once again the majority of the group Debutant going to cheer for Under 15 Silver, engaged a few days after the game of Corticella in Race 1 Semifinals Playoffs. Something that made them feel part of the victory, seeing themselves in what is now a projection, but soon it becomes tomorrow's their reality. Meantime, again very good Tommy, Andrea, Ettore, But B., Maverick, Ricky, Leo V., Brando, Leo C., Jack, Arthur, Claudio, Saverio, Filippo.