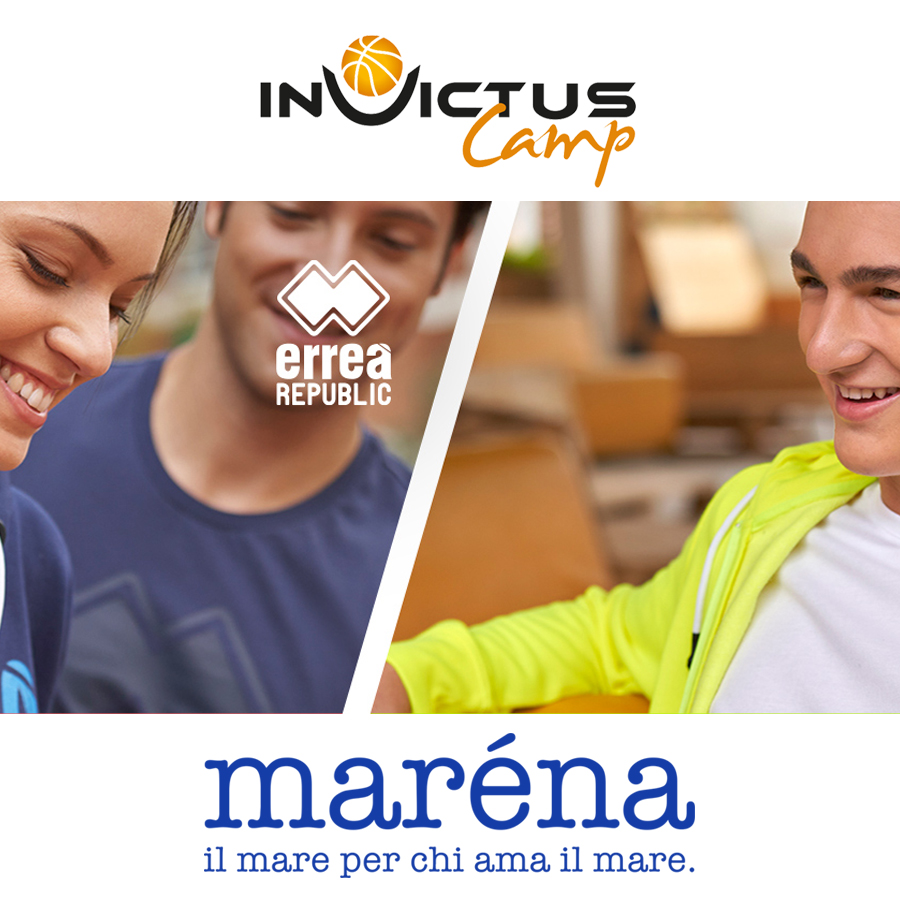 Since the first edition of INVICTUS Camp, in summer 2015, the official technical supplier is BURN', the Parma-based company that has reached the top in Italian basketball and is rapidly expanding also in Europe. Not just basketball, But, because in addition to dressing all individual and team sports, has become a "brand" increasingly sought after with the fashion line ERREA 'REPUBLIC.