ALEX MAZZOLI, DIARY FROM THE USA! 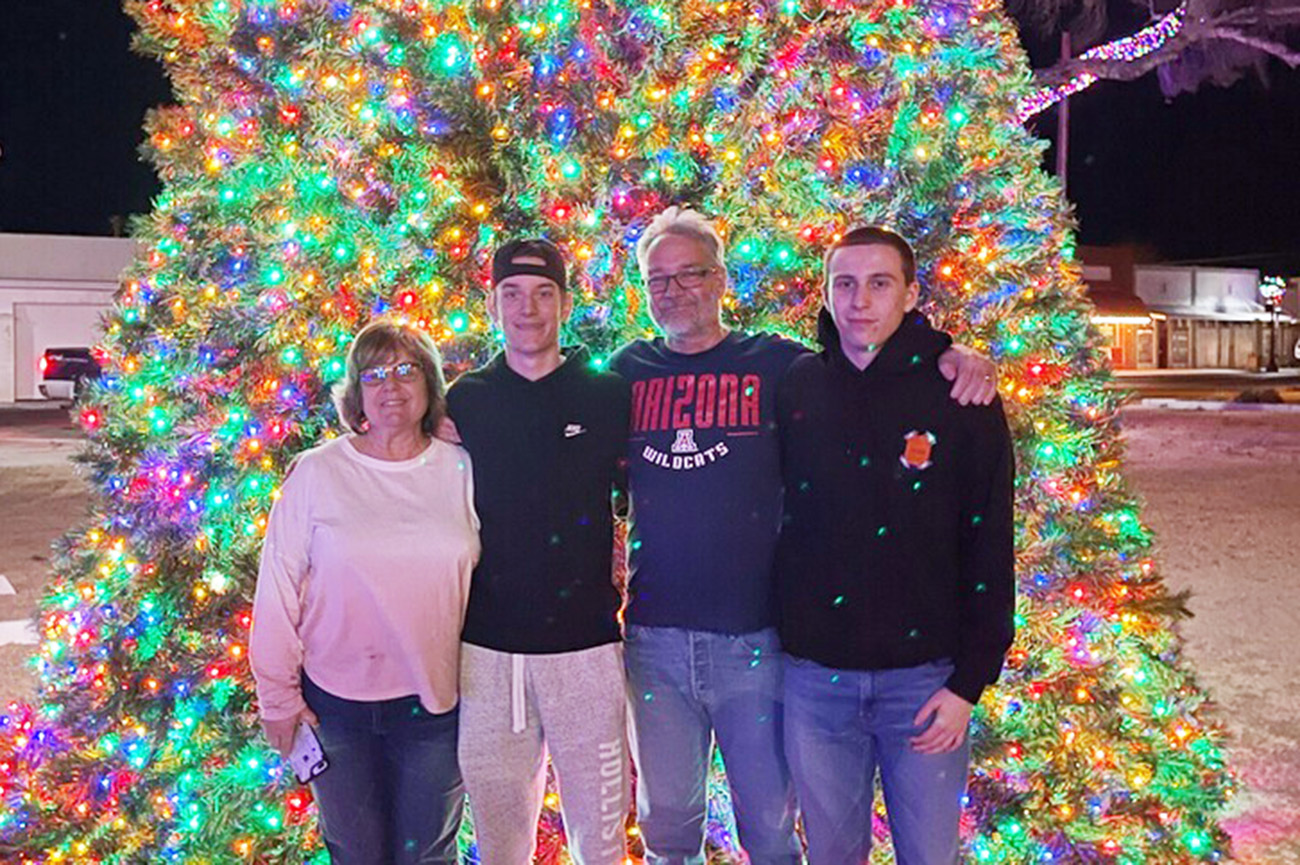 ALEX MAZZOLI, DIARY FROM THE USA!

It has now been a month since my arrival in the United States and for now I am really very happy with the choice I made with my parents in December last year.

La host family, that is, the family that decided to host me for this experience is really fantastic and never makes me miss anything and also having a host brother of my age helped me a lot.

The first day my host brother showed me the city, since here the boys can drive by 16 years, where will I live for these 7 months, the town of Thatcher, 15000 inhabitants of the mideast of Arizona.

It is a smaller town than where I live but nothing is missing and everything is close at hand.

As mentioned earlier having a brother host helped me a lot in this first month, especially for meeting new people, in fact, the first weekend he immediately organized a party in which I met about fifty people who were all very nice and very curious, often asking questions that are obvious to us such as "what language is spoken in Italy?”Or“ the Eiffel tower is in Italy?”And having him allowed me to spend some time with friends and have fun during the Christmas holidays, which ends here 2 January because they don't celebrate the Epiphany.

Now I can say that it goes very well with English, I understand practically everything and even talking is fluid and spontaneous without having to think too much about it and I'm sure that in the coming months it will always be better.

Last week I started going to school and my grade in school is Junior, that is, I'm in the third year, like all 2003 and school is very different from how we understand school.

First, one of the most important things is that you have to play a sport, the second is that at the beginning of the day there is a very heartfelt moment in which the whole school stops with their hand over their hearts looking at the flag and thanks to the nation.

The day is 8 ore, starts at 7.45 and ends at 3.15, with a lunch break where I usually go with my host brother and with friends to eat in one of the thousands of fast food outlets available.

Also here you choose the classes and not like in Italy you can choose an address, I chose math, biology, weights, business, art and English and American history which are mandatory, and the school week runs from Monday to Thursday, on Friday you have to go to school if you have missed school days or if you have some difficulty in any subject.

At the level of covid19, not being a metropolis, the risk is not very perceived and the only difference for them in everyday life is that they have to wear a mask to school.

As for basketball, luckily you can play here and I started training from the first day I arrived, in the school there are 2 teams, junior varsity which is team b and varsity which is where i play.

The level is very good, the teammates and the coaches are fantastic and they took me very well from day one, the style of play is a bit different than they have here 40 seconds to shoot and therefore the actions are much slower and the three-point line is closer, in fact it centrally touches the free throw line.

The greatest happiness is that we will have a basketball season that was up until last week in doubt but now with some changes, we should play with the mask and only parents can watch the game, we have and will play the first game next Thursday in Holbrook.

I'm still hearing from my family via video calls once a week and they give me a big hand and I'm keeping in touch with all my friends in Italy which thanks to social media is very simple.

Another difference here is social media, you will never find anyone with whatsapp, here they all use snapchat and occasionally instagram but mainly their only social network is snapchat.

Greetings to the whole Invictus family.

Promise kept, from Alex Mazzoli! He had left promising that, as soon as it is set in its new reality, he would tell us every little one, great emotion of his American Dream. Respecting his way of being, this talent came out of the Virtus nursery simply told of playing in the main team, the Varsity, compared to the Junior Varsity, omitting the brilliantly passed selection, which for us already vake as a great source of pride. Keep it up, have fun and see you soon!